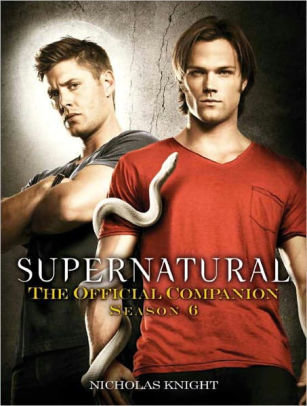 Supernatural, the hit show from The CW, headed in an exciting new direction with season six, as the Winchester brothers dealt with the fallout of averting the Apocalypse, and viewers and critics responded with renewed enthusiasm.

Dean is trying to get on with life without his brother, and has settled down in suburbia with an old girlfriend and her son. Unbeknownst to Dean, Sam is back in the land of the living and has teamed up with his grandfather, Samuel Campbell, to hunt down monsters. But something is wrong with the resurrected Sam, and Castiel brings more bad news - there is a civil war in Heaven and Hell has a new king: Crowley. Soon the Winchesters must reunite to face unexpected new threats. Along the way they encounter the Goddess of Truth, fairies, dragons, Fate, a phoenix, "Jefferson Starships," and the Mother of All Monsters.

This official companion is packed with exclusive interviews, photos, behind-the-scenes secrets, the low-down on the shows supernatural entities, and a complete episode guide. Plus a color portrait gallery of the stars!